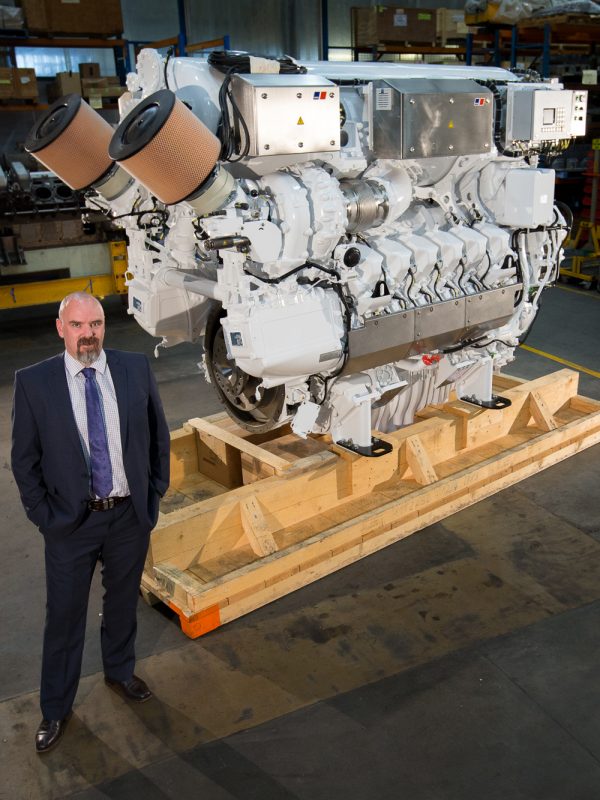 In a world first, Penske Power Systems will unveil the much anticipated MTU 12V4000U83 submarine engine at Pacific 2017 on Tuesday October 3.

This will be the global reveal of MTU’s next generation of submarine charging unit engines, suitable for projects such as the upgrade of the current Collins class and inclusion within the Australian future submarine.

Penske Power Systems will also exhibit a Sauer series 5000 compressor which is custom designed for a range of naval applications including submarines, combat ships, frigates and destroyers.

“We are delighted to be debuting the MTU series 4000 submarine variant, the U83, after eight years of development commencing in 2009, and thousands of hours of testing, noting that the engine that will be on display at Pacific is an actual U83 taken directly off the MTU production line,” said Roger Gleeson, National Manager, Defence Programmes Group, Penske Power Systems.

“Due to reduced fuel consumption the U83 has an extended range with increased availability via a 22 year time before overhaul (TBO) interval, with ease of maintenance being a design feature.

“With more than 750 MTU submarine engines delivered to 20 navies over the past 50 years, this engine reinforces MTU’s focus and capability for conventional submarine propulsion system design and evolution for the life of the next generation of submarines to come.

“We will also be exhibiting the Sauer series 5000 compressor at Pacific, demonstrating its ease of maintenance, high performance, long service life and naval-specific design.”

The global unveiling of the U83 will take place at 9:10am on Tuesday October 3 at stand 4C2.