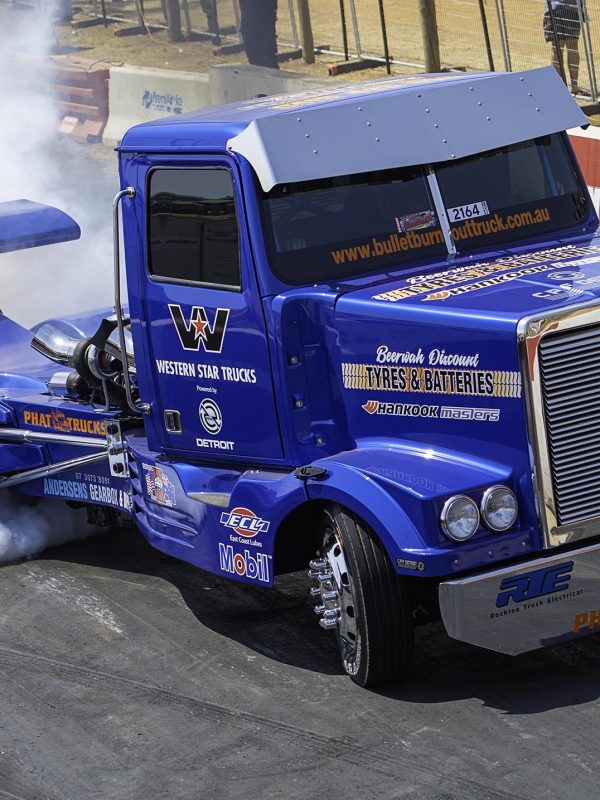 The globally-renowned Bullet Burnout Truck made an impressive comeback at the annual Summernats festival in Canberra recently, having been resurrected by Laurie Williams, owner of North Queensland Truck and Machinery Movements, and supported by Penske.

“Since I bought my first Star in 1989, I have always loved the brand and been Western Star through and through,” said Laurie.

“The Bullet is an absolute icon! So when I was able to purchase it early last year, I thought this is my opportunity to make the Bullet into what I want.

“It had started life with a White Expeditor cab and after a period with another brand, the first thing I wanted to do was to return the Bullet to its grassroots with a tough-looking Western Star cab.

“So I reached out to the team at Penske and they were thrilled to be given the opportunity to support the project.”

“Laurie has an affinity for impeccably-presented Stars – so we knew the Bullet would be spectacular,” said Wayne Wallace, general manager – retail truck sales, Penske Power Systems.

“After all, his eye-catching ‘Phat Cat’ truck won ‘Truck of the Show’ at the 2018 Western Star Trucks Show n Shine and ‘Best Western Star Over 10 Years’ at last year’s show!

“When Laurie approached Penske about the opportunity to support him in transforming the old Bandag Bullet into the new Bullet Burnout Truck, we were on board immediately.

“It was a huge effort with the transition commencing in November and the unveiling taking place within 18 days – well done to Laurie and the whole team on an amazing job.”

“With its rugged appearance, the Bullet looked the part when it was unveiled at Summernats, smoking the other participants – no pun intended!

“It has been very exciting to be a part of the Bullet’s resurrection, and we look forward to seeing it in its full glory again soon.”