Spotting a niche market pays off 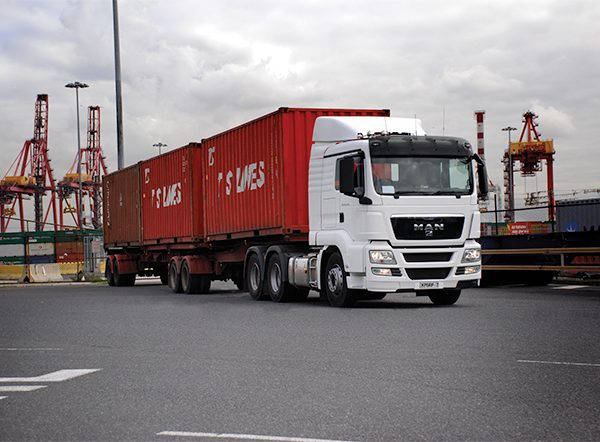 Gennady Kuperman’s introduction to Australia in 1989 had an interesting twist when he was working as a courier with a 1 tonne ute and was asked to do an interview about his working life by well known industry magazine: Owner Driver.  Although he had limited english he felt it was a positive experience and it propelled him to work harder and grow his business.

Gennady graduated from 1 tonne ute courier work to purchasing a semi trailer and continued to subcontract for several years, taking on additional drivers and undertaking a variety of local and long haul work.

After being involved in an accident with a wayward kangaroo at Wagga Wagga, Gennady decided to work closer to home for a while. He purchased another truck and started transporting containers to and from the wharves. It was then that he spotted a niche in the market.

Most empty containers were being taken back to a container yard after being unloaded and then had to be re-transported back to the wharf. Gennady made the decision to approach shipping companies with a view to returning the empty containers direct to the wharf for them to be reloaded back on to the ships and on to their country of origin.

In 2008 Gennady formed a partnership with Mark Alexander who had many contacts in the shipping industry and they continued to build the business – today they handle around 80% of the Melbourne empty container business.

More recently they have expanded into the Sydney market and are now in the process of progressing the business to the Brisbane arena with another partner. They have also expanded the business to full containers, such is their good relationship with large shipping firms such as Maersk.

The first MAN Gennady purchased from Westar was a TGM which was specially made to his specifications – a TGM 12.250 4x2 prime mover. As his business flourished, Gennady kept purchasing more MANs, primarily due to the quality and reliability of the trucks coupled with another major drawcard - the long service intervals.

He now runs a fleet of 7 MANs – predominantly the larger TGS models in both 4x2 and 6x4 configuration. “I can attract the best drivers with these trucks” stated Gennady. “They can come with their white gloves on and stay clean, the interiors are so clean and comfortable! They are the Rolls Royce of trucks with the quality European styling,” he added.

“The long service intervals is a major advantage of the MANs because we have a lot of business and we need to keep them working,” Gennady went on to say.

Gennady has dealt with Sales Consultant Johan Middag at Westar Derrimut who has been instrumental in making the purchase of Gennady’s vehicles a positive experience. He is also quick to compliment the service staff at Westar.

“All the service staff are good people – they know our trucks and are very helpful. Service technician Kevin Ramage has been particularly good. Our company is growing and I know we will be doing more business with Westar in the future,” Gennady summed up.

From spotting a niche in the market, Kuperman and Partners sees a bright future further developing their business and their ongoing relationships with MAN and Westar.