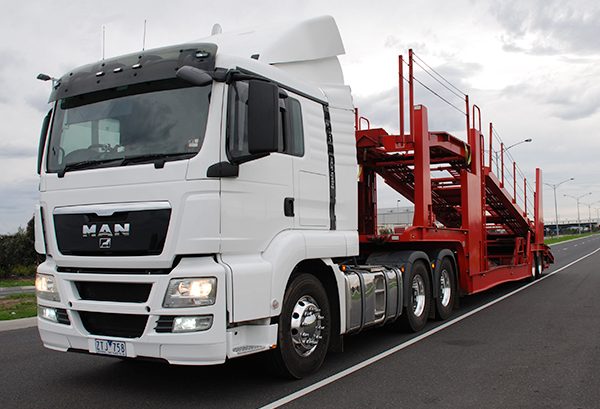 Sub contractor Tin Pham is over the moon with his new TGS 26.480 and has so many good things to say about it he finds it hard to know where to start.

Serendipity intervened when Tin got talking to Westar Sales Consultant Johan Middag and he became convinced that the MAN was the way to go.

“Whilst the price was good, there were just so many good things about the MAN – the fact they look so good is just the start,” Tin said.

“The interior design not only looks so classy and stylish, it works really well from a driver’s perspective” he went on to say. “The instrumentation is so clear and all the key controls fall easily to hand via the stalks on the steering wheel.”

“The cab interior is just so smart and well designed. It has plenty of storage space but this is hidden out of the way – it’s so space efficient. The quietness of the cab and the comfort of the seat just make it a really great place to be – any road imperfections just seem to be soaked up,” he added.

The TipMatic auto transmission also comes in for huge praise. “It holds the speed so well when you’re going downhill – the transmission is so smart and intuitive - it just seems to know when to change down,” Tin said.

Tin has been driving for 9 years and is currently a sub contractor for a leading transport company towing a car transporter around Melbourne and regional Victoria. He also takes trips to Sydney a few times a year and the MAN has performed well beyond expectations on the longer run.

One of the best things that Tin reports after a few months living with his MAN is the fuel economy. “The fuel economy really is the best thing about the MAN – I went fully loaded to Sydney just recently and came back fully loaded – around 24 tonnes all up and I averaged 2.54kms per litre which is just outstanding – and it’s only going to get better as the mileage increases,” Tin went onto say.

The other benefit not lost on Tin from a long term ownership perspective is the class leading 60,000kms service intervals.

"I’m just so pleased with my MAN – it’s turned out to be the best decision I ever made,” Tin added.