MAN Celebrates Best Year in Over a Decade 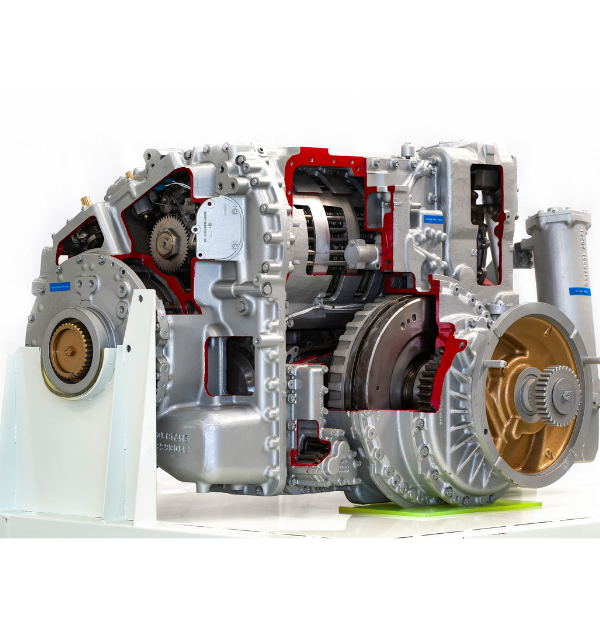 Penske Australia will assemble mtu engines and Allison transmissions and integrate them locally into complete powerpacks for the Hanwha Redback Infantry Fighting Vehicle should it be selected for service in the Australian Defence Force.

Penske Australia will also embed a team of specialist technicians within Hanwha’s manufacturing facility to support the assembly and integration of the powerpack into the Redback vehicles during production.

The Redback is under consideration by the Commonwealth under an ongoing tender process for Project LAND 400 Phase 3, which is an $18 billion to $27 billion project tasked to acquire up to 450 Infantry Fighting Vehicles.

The 1000hp eight-cylinder mtu MT881Ka-500 diesel engines will be built and tested locally enabling the in-country sustainment by Penske Australia under a technology transfer agreement with STX Engine of South Korea. STX Engine, under licence from mtu, have localised and modified the engine over several decades and will be directly involved in knowledge and skills transfer.

The mtu engine variant for the Redback is a high speed, water-cooled, twin-turbo, four-stroke, direct injection, intercooled diesel, the same as that used in Hanwha’s K9 self-propelled howitzer and comes with a proven reputation for performance and reliability.

The Allison variant selected for the Redback is a cross-drive transmission with proven technology, operational in Hanwha’s K9 self-propelled howitzers fleets around the globe as well as the X1100 series transmission fitted to the Abrams M1A1 main battle tank which has been in-service with the ADF since 2007. It is more than capable of handling the Redback’s 40-plus tonne combat weight and the staggering 3030 Nm of torque generated by the mtu engine.

Penske Australia’s assembly of the Redback’s X1100 transmission will also expedite the establishment of a viable local deep-maintenance hub for other X1100 Allison cross-drive units users locally and internationally. The new maintenance hub will negate the need for these transmissions to be exported for overhaul and make a practical contribution to Australia’s sovereign defence support capability applicable across multiple programs.

Once the engine and transmission units are assembled and tested, they will be delivered to Hanwha’s armoured vehicle manufacturing facility in Greater Geelong where an on-site Penske Australia team will support assembly of the powerpack ahead of vehicle installation with HDA.

Hanwha Defense Corporation, as the design authority for the powerpack, will enable the knowledge, skills and intellectual property transfer to the Australian companies.

The strong Australia, South Korea connection in what is a fundamental part of the Redback program has been 18 months in the making. Bringing together companies from Australia and South Korea is one of the key objectives of Hanwha Defense Australia’s Industry Development Strategy.

“It is great to have a company like Penske Australia as part of Team Redback,” said Mr Richard Cho, Managing Director of Hanwha Defense Australia, “and it is particularly satisfying the see Penske working so closely with two South Korean companies on such an important aspect of our Redback program.

“Penske is a globally renowned powerhouse in the automotive and transport industries and Hanwha Defense Australia is proud to be working with them to establish Australian defence support capabilities that will have broad applications across various vehicles and fleets,” Mr Cho said.

“We are proud to be a part of team Redback,” said Mr Hamish Christie-Johnston, Managing Director of Penske Australia, “and are very much looking forward to making a further contribution to Australia’s local defence capabilities as part of Hanwha’s Land 400 Phase 3 offer.

“Engine and transmission assembly and powerpack integration play to Penske Australia’s core strengths, and we will certainly make every effort and investment necessary in facilities and personnel to ensure that the Redback has the reliable power and drive it requires.

“It’s great to be part of a program that will generate such a formidable local capability,” Mr Christie-Johnston said.