PPS to Represent Qinous in AU, the Pacific 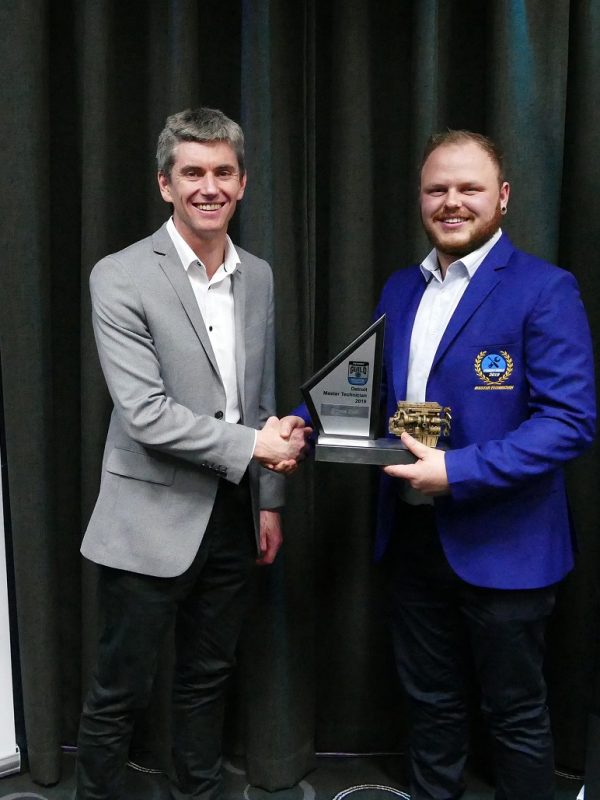 Open to all Penske Guild members, the Master Technician contest saw technicians from around Australia and New Zealand compete in qualification rounds, prior to the grand final on Friday where Bryce edged out the five other finalists.

The annual skills and diagnostics contest includes general procedural tasks as well as advanced diagnostics scenarios, all while racing the clock.

“At Penske, we understand the importance of recognising and rewarding our very best technicians and the flow on benefits that come from a competition such as this,” said Russell Koch, training manager on-highway and development.

“The competition is a great way to publicly display the technical excellence we are renowned for, both within our own organisation and the broader industry in general.

“Technicians who enter this competition participate at the highest level and rightly feel a real sense of achievement from competing against the best.”

Having been with the organisation for almost a decade, Bryce has worked across the full Penske Power Systems product portfolio including MTU, Detroit, and Allison Transmission and, more recently, Western Star Trucks, MAN Truck & Bus, and Dennis Eagle.

“Since joining the organisation in 2010 as an apprentice, Bryce has displayed a great willingness to develop which has carried him through to achieving this accolade,” said Sean McLean, general manager – on-highway.

“Interestingly, Bryce commented on his approach to this competition, and how his adherence to by-the-book troubleshooting protocol served him well.

“Whether in the workshop leading by example, or in the field managing one of our breakdown services for remote Western Australian customers, he demonstrates exemplary technical skills which were evident in the grand final on Friday.”

“A worthy winner, Bryce has always had a strong work ethic and demonstrated technical skills beyond his age,” said Leigh.

“Ambitious from the outset, he often stepped up as a leading hand in his younger years when it was required and his experience quickly multiplied.

“He has elevated himself as a future leader and is keen to work on the complete range of Penske products.

“Bryce is highly respected by all his colleagues and our customers, and is a very popular winner of this competition.

“He has been very loyal to Penske and has supported us through significant growth in operations and diversity of the products we support, and we are grateful for his fantastic attitude.”

In order to maintain its currency, Penske Guild’s program has continued to evolve over the years.

“This year we have expanded the Penske Guild program to include the off-highway segment of the business,” said Russell.

“This represents an exciting new chapter for the Penske Guild and opens up the possibility of running a similar competition for those members who enter the guild from this direction.”

As the Penske Guild’s Master Technician, Bryce will receive a trip to the United States to tour the world-class manufacturing facilities of Detroit and Daimler Trucks North America. Bryce will also tour the Team Penske motorsport facility in North Carolina.