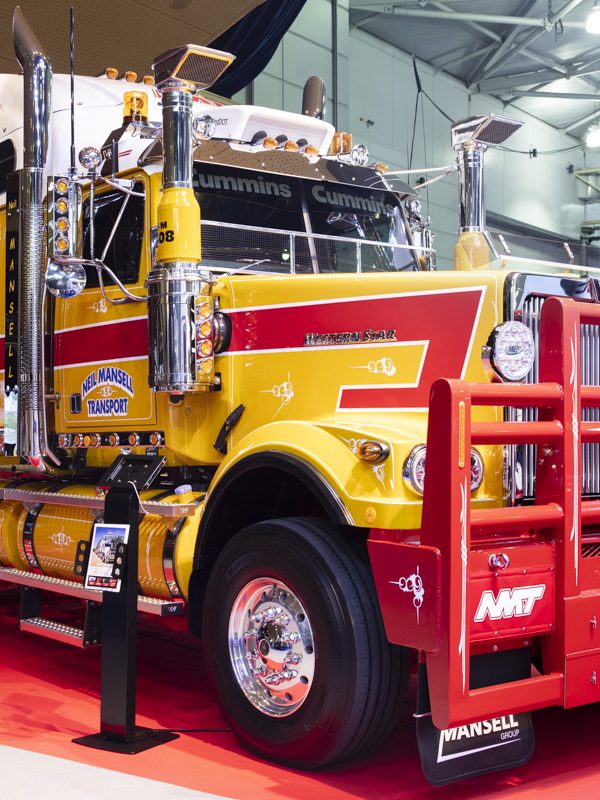 The toughest of the Star stable, the 6900 excels in the most arduous of conditions and applications which is perfectly suited for the western Queensland oil fields where the unit is slated to run.

Hand-crafted like all Western Star trucks, the rugged 6x4 unit has a gross combination mass (CGM) rating of 155 tonnes.

“The most robust of the Western Star range, this 6900FXC purchased by Neil Mansell Group will be striking as it runs the roads of Queensland in the yellow and red livery,” said Dale Christensen, national sales manager – Western Star Trucks, Penske Commercial Vehicles.

“Since 1985, Neil Mansell Group has taken delivery of over 80 Western Stars which comprises around a quarter of its fleet, and we look forward to continuing this long-standing relationship.”

Neil Mansell, founder of Neil Mansell Group, said the cabin comforts of the 6900 were instrumental in the decision making process.

“I love the look of the 6900, which will be used in a triple road train configuration over long distances, and I’m sure our drivers will really enjoy the roomy, big, wide cab,” said Mr Mansell.

“I’ve been a Western Star enthusiast for a long time. In addition to great trucks, we also receive great support.