MAN A95 bus fleet to Transport for NSW 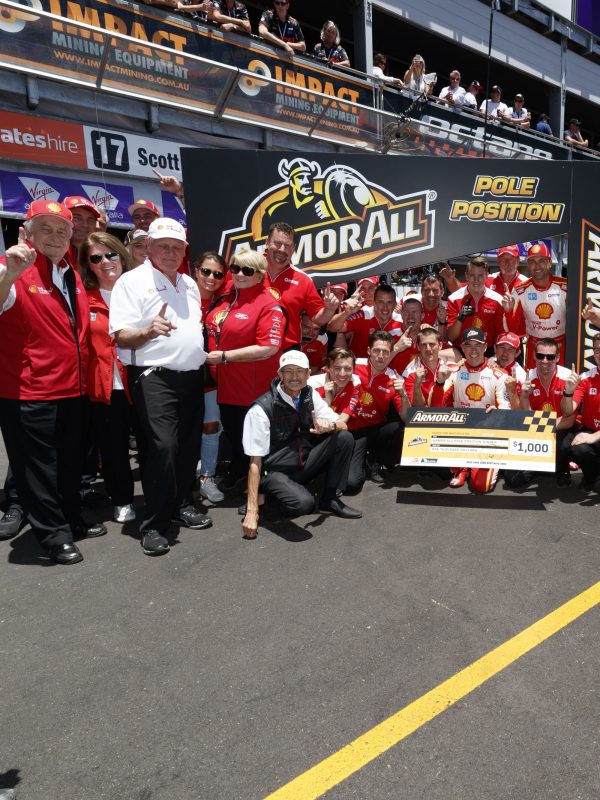 The 2017 Virgin Australia Supercars season has been run and won with the Shell V-Power Racing Team being crowned teams’ champion and a 2-3 finish for Scott McLaughlin and Fabian Coulthard in the drivers’ title.

Heading to the Newcastle 500, the team did not truly know what to expect. It was a brand new circuit in a city the sport had never travelled to before. The venue for the championship deciding event, there was plenty on the line.

Friday practice saw both Scott McLaughlin and Fabian Coulthard take their time learning the circuit before pulling the trigger for some fast laps late in the day. Scott set the tone for the weekend, topping the timesheets as the first driver in the 1m09s bracket, with his lap time more than four-tenths quicker than his main rival, Jamie Whincup. Fabian also had a strong run, setting the fifth fastest time of the day – good signs ahead of qualifying on Saturday morning.

Saturday would prove to be a very strong day for Shell V-Power Racing Team with a 1-2 finish in the very first race around Newcastle, 250km or 95 laps, clinching the teams’ championship. McLaughlin started from pole position, got a strong start and led the first part of the race.

His main championship rival, Jamie Whincup, hit in the fence with steering damage on lap one, limping back to the garage to be repaired, finishing the race 13 laps down on the leaders. McLaughlin settled in for the middle part of the race behind Shane van Gisbergen, before the final pit stops played out. He leapt into a net second place, before passing David Reynolds on-track to take the lead.

Coulthard started eighth and gained spots immediately off the start. He was hamstrung by double-stacking in pit lane across his first two stops, pushing him down the order. He fought back each time and was fourth on the road late in the race before a coming together between then second-placed Reynolds and Van Gisbergen, allowing him to pass them and complete a Shell V-Power Racing Team 1-2 finish.

After an incredible day on Saturday, Sunday was almost unbelievable. It would be a very tough race for the Shell V-Power Racing Team. Coulthard qualified eighth, and was running strongly in the top-10 before a transaxle failure put him out of the race and rendered him a spectator of the remainder of the afternoon.

A good qualifying session saw McLaughlin take his 16th pole of 2017. He started strongly and led the first part of the race. Unfortunately he was penalised for speeding in pit lane during his first stop, which pushed him down the order. With Whincup leading the race, McLaughlin knew that he needed to finish 11th or better to win the championship.

He pushed hard to pass cars, making an unfortunate mistake when trying to pass Simona de Silvestro that saw him take a 15-second time penalty at his second stop. He was again pushed down the order as a result and was again forced to race his way forward. He made it into the crucial 11th position with two laps remaining, before clashing with Triple Eight driver Craig Lowndes on the run up Watt Street that ended with Lowndes in the wall and out of the race.

The officials handed down the equivalent of a pitlane penalty – 29 seconds added to McLaughlin’s race time – which dropped him back to 18th and handed the championship to Jamie Whincup after the chequered flag. As a result, McLaughlin finished second and Coulthard third in the drivers’ championship.

The Shell V-Power Racing Team won the teams’ title, giving the team the number one garage in pit lane for 2018, displacing Triple Eight for the first time in eight years.

Whilst disappointed both drivers were very circumspect after the race.

“Obviously not the way we wanted to end the season, but I’m so incredibly proud of this team. These guys pushed so hard all season, so for it to end this way is pretty devastating,” said Coulthard.

“It’s been a fantastic year and we can all hold our heads high. We won the teams’ championship and went so close to taking the drivers’ title too. Amazing year and we can only grow from here.”

“It was a real tough day. After that first penalty I was pushing as hard as I could and I have to put my hand up for the Simona incident. I was just trying so hard to get it done. It’s hard to pass around here, and we must have passed 20-odd cars here today,” said McLaughlin.

“After all of it, we’re the teams’ champions and finished second and third in the drivers’ points so it’s been a great year. Hard to take when we were only a couple of laps away from winning the drivers’ title but we still have to look at the big picture. There’s plenty more to come from this great team.”

The Shell V-Power Racing Team will return to the track for the 2018 Virgin Australia Supercars Championship at the Adelaide 500, across the weekend of March 1-4, 2018.