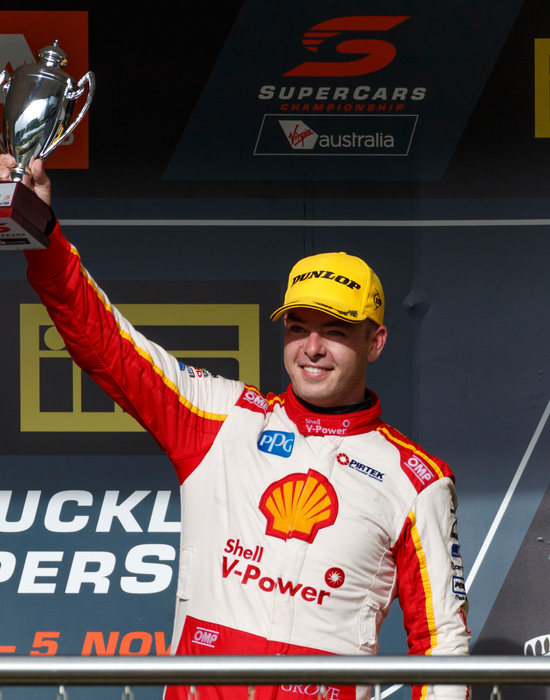 It was to be a big weekend for Fabian Coulthard and Scott McLaughlin, with a return to their home country and home circuit, Pukekohe Park, in front of a Kiwi crowd.

Friday started extremely well for Fabian Coulthard and the car no.12 crew, with their tuning work earning the second fastest lap in Practice 1. Those efforts continued across the day, with some changes made throughout the second practice session taking the balance in the opposite direction to what was required. Time during the session was lost whilst the team reverted to the original set-up, and the result provided little time for Coulthard to lay down a lap in the closing minutes.

Meanwhile, Scott McLaughlin opened his Pukekohe account with the fastest time in opening practice, before backing it up with a solid fourth in practice 2. Tuning work continued on ultimate qualifying pace, however the car no.17 crew were confident in their race pace after working throughout practice 2.

Saturday arrived with torrential rain in tow. It caused the cancelation of qualifying, with the grid organised by the combined practice times set on Friday. This saw Fabian start from seventh position on the grid. The track had dried sufficiently for the race start and slick tyres were the call. A long first stop saw Fabian take on maximum fuel, with the benefit of a shorter second stop. He was up to 10th position and pushing forward in the final stint of the race when an incident between Chaz Mostert and David Reynolds out of the hairpin saw Fabian pushed onto the damp grass. With no grip, the no.12 went backwards into the wall at turn 9, which then flipped the car onto its roof. Fabian climbed out of the car and walked away however it left the crew with a big repair job overnight.

Scott started fourth on combined practice times, working his way forward during the opening stint to be right on Jamie Whincup’s bumper. They had several spectacular battles throughout the race, each one at high speed around the Pukekohe Park bullring. They came out of the final pit stops nose to tail, however were held up behind the safety car, which allowed Shane van Gisbergen and Mark Winterbottom to jump them. This placed Scott in fourth. He passed Whincup at the hairpin a couple of laps later, and then drove away to consolidate the final podium place.
Sunday brought sunshine and some warmth to Pukekohe Park, which allowed for a strong race. After an intense overnight repair of car no. 12, the race would be one of conservation and strategy, with smart driving and good work in the pits seeing Fabian jump from an eighth-place start into a top-five finish. Fabian fell back a little in the early stages of the race, however as pit stops and fuel strategies played out he catapulted through the field. It was a strong points haul for him after Saturday’s disastrous DNF.

Scott pushed hard for success in front of his home crowd on Sunday, missing pole position by five-hundredths of a second before racing Whincup hard across the 70-lap, 200km race. The team took an aggressive approach on fuel strategy, however raw pace was lacking and Scott had to settle for his second podium of the weekend. He missed winning the Jason Richards Trophy by only three points, and is now 30 points behind Whincup, sitting second in the championship heading into the Newcastle 500 – the final race weekend of the season.

Fabian is now 176 points back from the lead in third place of the championship. Sunday’s strong run also scored valuable team’s points, with Shell V-Power Racing leading the board by 106 heading into the final event.

Fabian was upbeat after a tough weekend: “I’m nothing without my team, and the fact that I was out on track at all is completely down to them. After finishing up on my roof yesterday, I’m very happy to finish in the top-five today, and will keep pushing to the end.”

Scott was also content with the weekend, despite not quite getting his wish of a home win: “Happy with how the weekend has played out, I’ve kept myself in contention with two podiums this weekend, only 30 points behind heading into Newcastle. Disappointed that I couldn’t get a win in front of my home crowd, but we’ll take the fight to the last race.”

The Shell V-Power Racing Team’s next race is the Newcastle 500 across the weekend of November 24-26. It is the final event of the 2017 Virgin Australia Supercars Championship, and will be where both the Drivers’ and Teams’ Championships will be decided.