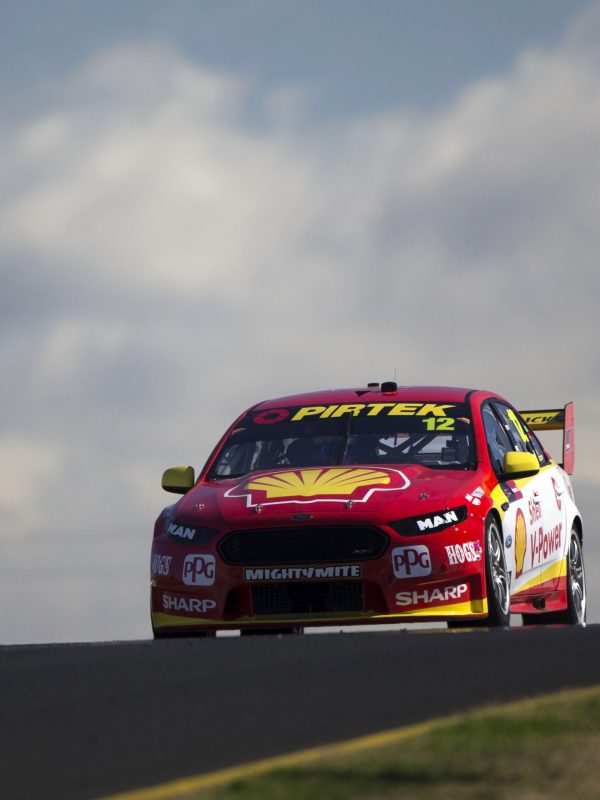 The Shell V-Power Racing Team had another strong weekend at Sydney Motorsport Park over the weekend, with Fabian Coulthard showing good speed across the whole weekend to record a victory on Saturday and a strong second place on Sunday.

Scott McLaughlin showed the incredible pace he’s displayed all year, earning another two pole positions to take his tally to an incredible 13 so far this season. That has put him equal with Jamie Whincup on the season record total. One more pole, and McLaughlin will eclipse the record Whincup set in 2013. Scott was unable to convert the pole pace to a win unfortunately, but continues to lead the championship heading into Sandown for the opening leg of the Pirtek Enduro Cup.

Coulthard and McLaughlin had a solid opening day at Sydney Motorsport Park on Friday in tricky conditions that saw 60+km/h winds streaking across the circuit. Both cars finished the day in the top five on the timesheet.

Saturday saw McLaughlin take pole – to wrap up the 2017 ARMOR ALL Pole Position award with eight races remaining – and Coulthard qualified fourth. McLaughlin had a bittersweet day, where after taking pole he lost the lead at the start, before getting it back with good strategy through the pit stops. A late race restart infringement, that saw Van Gisbergen get penalised by the stewards, lead to an incident between McLaughlin and Van Gisbergen at turn two, resulting in McLaughlin also receiving a penalty. He crossed the line second, but dropped to 24th once the time penalty was applied.

Coulthard had a solid start from the second row of the grid and settled into fourth place. As the pit stops began to unfold, he ran consistent laps and good work from the crew saw him gain positions in pit lane. He was fifth at the late race safety car restart before the incident at turn two saw him jump into second place. He then used fresher tyres to overtake McLaughlin for the lead and drive away to a three second victory, his fourth of the season. The win assisted Coulthard to close the gap to both Whincup and McLaughlin in the championship.

On Sunday, McLaughlin was again the master of qualifying taking his 13th pole of 2017 and his seventh in a row. He had a slow start in the 200km race before settling into fifth place for the opening stint of the race. He pitted early, gained track position and then remained in third across a safety car period and second pit stop. He went with Coulthard for a late race pass, very nearly stealing third place from Van Gisbergen down the start finish straight, to end fourth by only one-tenth of a second. McLaughlin continues to lead the championship by 12 points.

Coulthard again demonstrated his racing ability on Sunday, finishing second in the 200km, 52 lap race. After qualifying fifth he had a blinding start that nearly catapulted him into the cars in front. He settled into fourth and then took more fuel than other cars at his first stop. That sacrificed track position early, but came back to him when his second stop was only six-seconds long. He then drove up to and passed McLaughlin for third, before passing Shane van Gisbergen to take second place, and his second podium of the weekend after victory on Saturday. Coulthard is now 107 points behind McLaughlin and in third place in the championship.

The team continues to lead the Teams’ Championship, 198 points ahead of Triple Eight.

We now turn our attention to the first event of the 2017 Pirtek Enduro Cup - the Sandown 500 - where we will be joined by the very talented Tony D’Alberto – driving with Coulthard – and international ace Alex Premat, who will join McLaughlin.