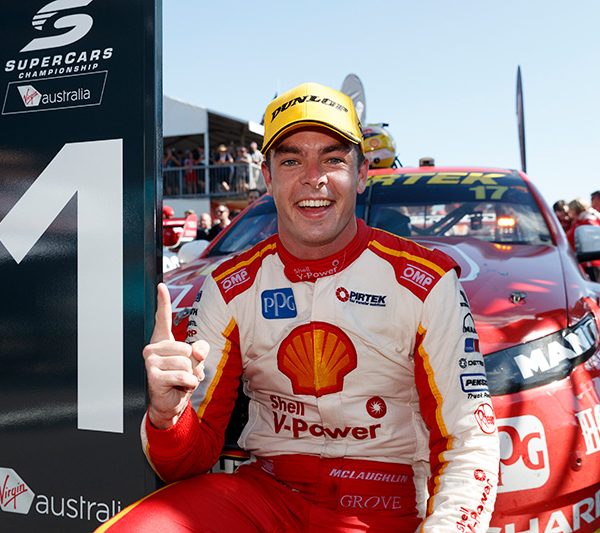 Fabian Coulthard had a fantastic weekend, taking DJR Team Penske's first ever victory in Darwin on Saturday. He started the race from fourth place, and used clever strategy from the team and incredible pace to propel himself to the front of the pack. He pushed hard on his out laps, and jumped his rivals and was then able to hold the lead to the end of the race, closely pursued by his teammate Scott McLaughlin.

On Sunday, Coulthard again started fourth, with the team attempting the very same strategy. It almost paid off, with Coulthard leading the race. However, the longer race distance meant that the pace he had run took the edge off his tyres and he was unable to hold the lead. He then ran a championship drive, maintaining his position under intense pressure from rivals. He heads to Townvsille leading the championship, now by 10 points, from teammate McLaughlin.

"It was a great weekend for the team, with a 1-2 on Saturday and Scott taking the victory on Sunday. I'm very proud to be a part of this fantastic team. They've given us great machinery, and we're now 1-2 in the points, it's been an incredible year so far. We'll continue to work hard and look for more top five results in Townsville," said Coulthard.

McLaughlin again showed fantastic speed across the whole weekend, qualifying and finishing second on Saturday before taking pole position in the top 10 shootout by over three-tenths of a second on Sunday. He then dominated much of Sunday's 200km race to take victory. He had a poor start, but worked hard to recover. He jumped Triple Eight's Jamie Whincup in the pit stops, reset the lap record and then maintained the gap to take his fourth win of the 2017 season, elevating himself to second in the points behind his teammate Coulthard.

"What an awesome team I've got here behind me at Shell V-Power Racing Team. I was so stoked to get pole earlier today in the Shootout - I love qualifying as it's everyone's maximum. Everything they've got. I didn't get a great start today, but good strategy helped me get it back. I drove as hard as I could, and we got the win. I couldn't be happier," said McLaughlin.

DJR Team Penske will next race in the Townsville 400, across the weekend of July 7-9.