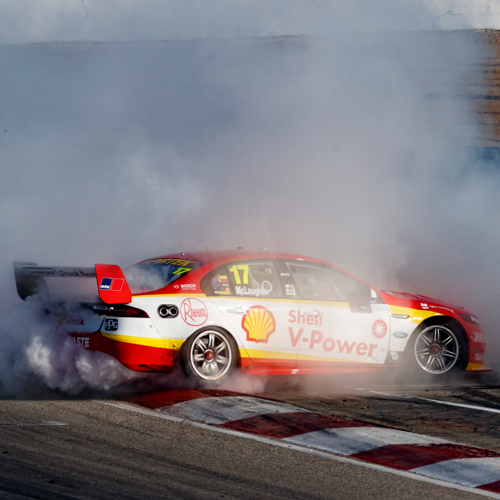 RECAP: Coulthard had a difficult day by his high standards, qualifying in 5th position. The team elected to take an alternate three-stop strategy that was reliant on safety car periods to be completely successful. The race ran green for the full 83 laps, so Coulthard battled through the pack multiple times across his stints. He had great pace, resetting the race lap record in his final stint. He ended in 7th place, and extended his Championship lead from 8 to 19 points.

QUOTE: "It’s great to see Scott take the win again today, awesome for him to get a couple under the belt this weekend. My car was good, we just didn't get the strategy right today. It's one of those things where you roll the dice, and hope it pays off. Today wasn't our day. The team did an awesome job on the pit stops, and I leave the weekend with an extended Championship lead. Sharing the podium with Roger yesterday is something that I will remember for a long time."

RECAP: McLaughlin was the dominant pace man in Perth today, taking the pole in a new lap record time. He led the race from start to finish, only dropping back when pitting but always remained effective leader. He took the victory by 4.6s, able to control the gap back to 2nd place winner Chaz Mostert.

QUOTE: "I came into this weekend with a plan to take as many points off the leaders as possible, and it's been a perfect weekend in that aspect. Two wins and a pole is amazing, especially with Roger here at the track as well. I feel like I've kicked off my year now, with two wins under the belt and great pace, we've got plenty to look forward to for the rest of the year."